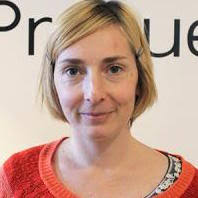 Masa Hilcisin is an educator, visual artist, and community art activist. She teaches film directing, documentary film production and experimental cinema at Prague Film School, and runs Creative Media Production Programme at Prague College. A PhD graduate in Film Studies and Audiovisual Culture from Masaryk University, she has been committed to making films on social issues and human rights violation for over a decade, and her documentary films have been screened at film festivals around the world. She is co-founder of SWAN, an international women’s art festival in Prague. Masa has been delivering visual storytelling workshops for women and girls for a variety of communities in the Czech Republic and abroad. Currently, Masa is studying Holistic Integrated Creative Arts Therapy at Holistic Health College, and Somatic Movement Dance Therapy programme with DanceLab in Prague.